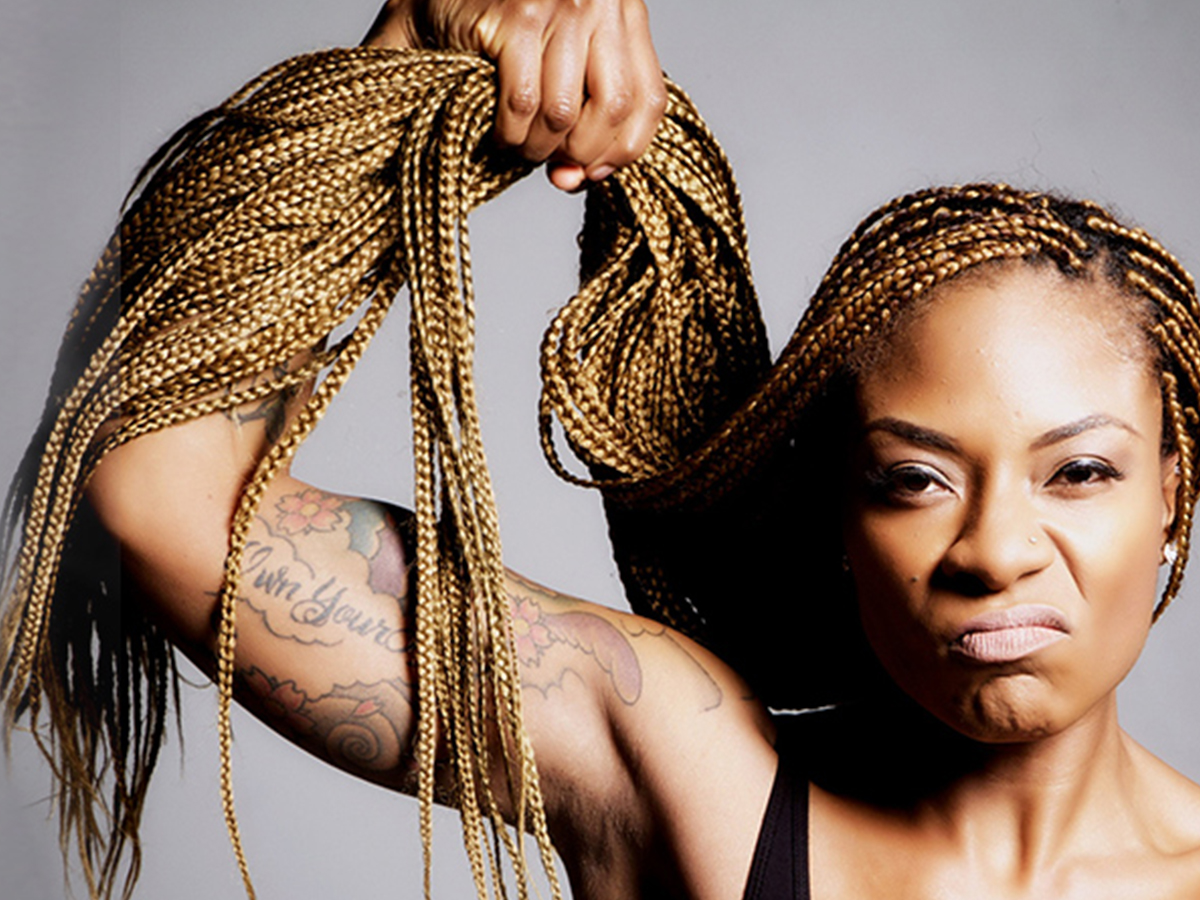 As an artist, performer, and personality, Jully Black has run the gamut. As an actor, she has appeared in both the theatrical production and the television versions of Da Kink in My Hair (she even provided the opening theme for the latter). As a correspondent and media personality, she has appeared on Canadian Idol, eTalk, The Marilyn Denis Show and in 2008, hosted the Canadian Radio Music Awards.

As a musician, well, you likely already know. She’s a platinum-selling recording artist with a few Juno Awards under her belt and experience collaborating with and writing for some of the biggest names in the game, including Destiny’s Child, Sean Paul, Nas and Canadian stalwarts Kardinal Offishall and Choclair. CBC Music has included her on a list “The 25 Greatest Canadian Singers Ever,” and some call her Canada’s Queen of R&B, but Jully Black is really just trying to make her mother proud.

We recently spoke with Black about her career, her advocacy, and the secret to her longevity and continued success.

This interview has been edited and condensed for clarity.

Your career has taken many turns, and you’ve always seemed open to trying new things. People know you as a singer, a songwriter, an actor and a TV personality, but what do you consider to be your job or career? Why have several careers instead of just one?

It’s funny, that word “career.” Lately, as I’ve [become] much more mature, and as I’ve rolled into the 40 club, what’s very good and eye-opening and a beautiful revelation to me is that a career is what you’re paid for but a calling is what you’re made for. Many people lock into a career thinking that’s their one purpose in life, but as you grow, develop and try new things, you start to realize that different doors start to open.

You’ve been successful in Canada and elsewhere since the 1990s while a lot of names have come and gone. What is the secret to your longevity and continued success?

The secret, which isn’t a secret, is to be yourself and really be honest in everything that you do. I think we’re living in a day, especially now, where people are focused on their prime time success. In this day and age of social media, everyone posts what’s happening in the prime time when we spend most of our life in the meantime. We don’t live a filtered life in reality. That’s not truth. If you tell the truth, you don’t have to remember the truth. It’s the same thing with my calling. My mom, God rest her soul, said that there’s one Jully. “No one else on earth — seven billion plus people — no one on earth like you. You’re so unique, Jully, no one can do it like you.” That eliminated the competition.

What do you consider the best song you’ve ever written?

No one’s ever asked me that question! I would consider the best song I’ve ever written to be “I Travelled” [from 2005’s This Is Me] and it’s because it’s the first song I wrote after learning five chords on my guitar. It was [written] in tribute to my mother, but at the time I didn’t realize that it would [also] be my own affirmation saying “keep going.” We could tie that to the last question. I kind of affirmed that I’m not going to stop traveling the long road. The road never ends until your days on earth end.

You champion a number of causes and support various communities. What informs this desire to support, to champion and to serve? What causes and communities are nearest to your heart and always on your mind?

I was raised, and believe as an adult, that we’re here to serve, and that’s the rule. Giving is much better than receiving, but receiving is necessary in order to activate the blessing. You cannot not receive. Even if it’s from somebody who’s homeless and they have a dollar and they want to give you fifty cents, take it so you can activate their blessing and have them feel good. Service is key, is essential, is paramount in my life, and my goal is to help people understand that time is the most valuable thing you can offer anyone. So even if we [just] take a moment to listen to somebody, you are serving, even if you don’t have a dollar to donate to a cause.

As far as causes are concerned, I am very passionate about empowering women and girls: self-love, self-esteem, all of that stuff. There are causes that have to do with health: cancer, AIDS. My mom passed away from pancreatic cancer, so the whole cancer fight is something that I am excited to conquer. Health, wellness, mental health, everything that has to do with mind, body, and soul and spirit — which all align with empowering women. That’s why we launched our Empowered in My Skin organization, my best friend and I.

People in general are kind of obsessed with fame and recognition. What don’t people generally understand about fame, about being known and noticed?

We don’t have the opportunity to pick the hours of operation. There are no hours of operation and so when you’re at the dentist and your face is swollen, you may need a moment to not take a photo. For me, I love people, so it doesn’t really bother me.

What is your idea of perfect happiness?

Perfect happiness, to me, is acceptance. Truly, really accepting where your feet are is where you’re supposed to be and aligning what you’re doing with who you are to create a bridge that will serve humanity.

Check out Jully Black’s official website here and learn more about her Empowered in My Skin organization here.