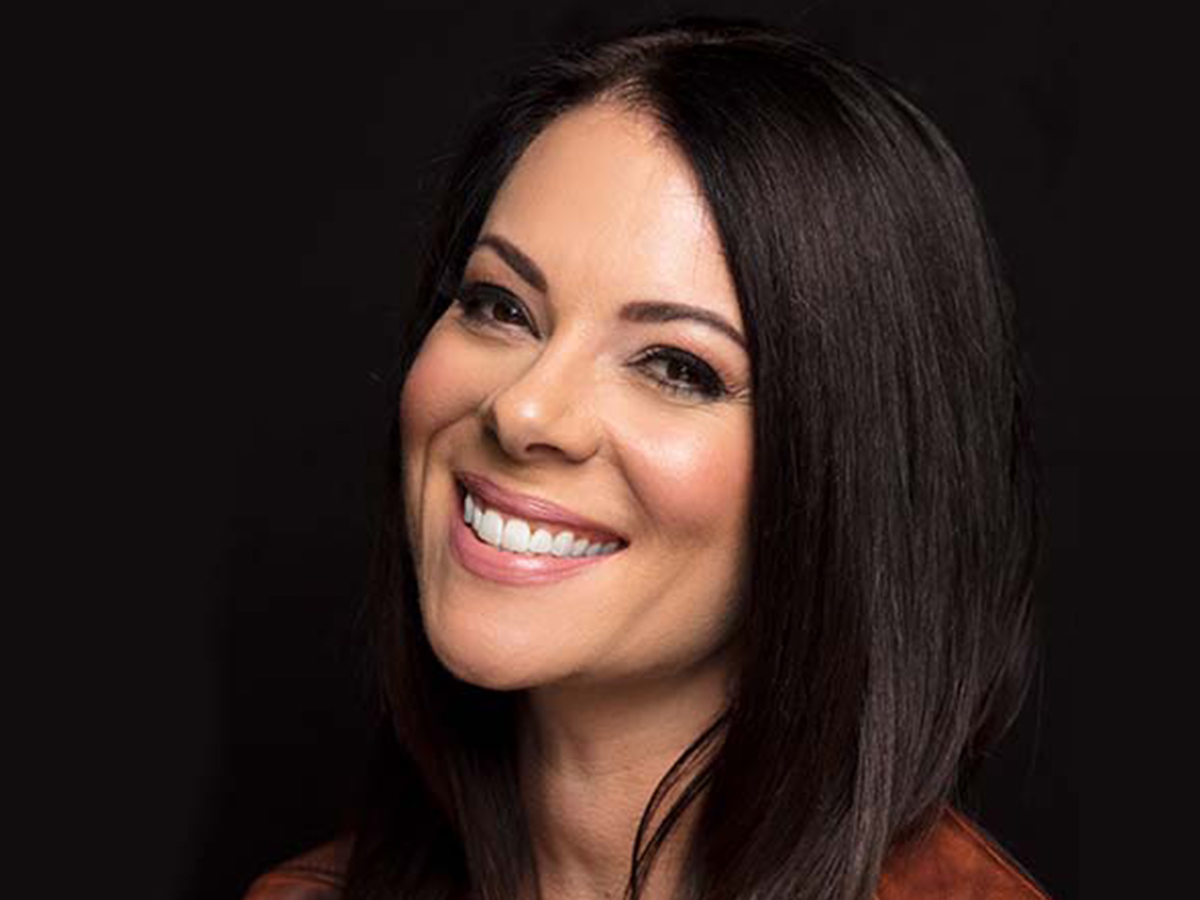 In the late ‘90s and early 2000s, Slone gained fame as the vocalist for Canadian alt-rock band Joydrop with chart-topping singles like “Beautiful.” But after touring with the band for a decade, she decided it was time for a change.

“I had just reached the end of the road in music,” said Slone. “I was tired of touring and wondering where my next paycheck was going to come from. It’s a lot to sell yourself in that way for a long time and I had done it successfully for a decade and just wanted to move on to something different.”

In 2005, she was on the reality TV singing show Rock Star: INXS. She made it to the top 10 of the competition before being eliminated. But what initially seemed like a disappointment ended up opening new doors for Slone.

“I had a lot of media outlets calling me afterwards as their go-to, to weigh in on each week’s competition and to talk about the other remaining Canadian contestants. So, I got a lot of media exposure that way and ended up doing some TV because of it.”

This helped transition Slone into the next stage of her career – television. The change wasn’t easy, but she was determined to make it work. Her dedication and eagerness to learn paid off and eventually led to her hosting programs like Inside Jam and Breakfast Television Calgary before assuming her current role at Rogers Hometown Hockey in 2014.

“It’s hard when you’ve labeled yourself as one thing throughout your career to move on to something different, but I was lucky that I found a job and a producer who believed in me and I was able to learn as I went.

“Progression is a part of life. It’s how I stay afloat. I couldn’t be happy if I wasn’t moving forward and today, because people have to make so many career changes, there’s not a lot of career security anymore. You need to be open to new things if you want to stay working. I’ve always had the mindset that when an opportunity presents itself, if I will regret not having done it, then I do it. For better or worse.”

As part of her journey to becoming a mainstay on Canadian TV, Slone experienced some unexpected twists. When she first started doing television, she had a panic attack during a live taping which made her question whether this was the right career path for her. Seeking professional help, she discovered different tools and to help her better cope with anxiety.

“Someone told me that because singing brings me such joy, I should try to sing when I’m nervous,” she shares. “The same thing won’t work for everybody, but I do think it’s about finding a way to magnify your positive self talk – which is probably a lesson a lot of us should learn. If your negative talk tends to be very loud, you have to learn how to overpower it with positive messages.”

Ensuring she’s always fully prepared for interviews and other segments happening during her broadcasts has also helped Slone to not only excel but also manage the stress of her job.

“I think you always rise or fall to the level of your preparation,” she says. “So, for me preparation is key. Having the bedrock of preparation and knowing my stuff has to be the hallmark of what I do.”

Slone co-hosts Rogers Hometown Hockey with broadcasting legend Ron MacLean. As part of the program, the pair travel to different towns and cities across the country giving them the opportunity to witness the importance of community firsthand. Last November, while making an appearance in Mount Pearl, Newfoundland, Slone and MacLean learned about a local minor hockey coach who had died in a tragic accident a few days prior. They met with his family and other members of the community that were helping them through the loss they had suffered.

“Community is the name of the game,” says Slone. “It takes a village not just to raise a child, but also to support people and help them get through difficult times. Every community is the same. There are just these wonderful, kind hearted people and luckily hockey is one of these galvanizing forces in our country. I think Ron and I both really feel like it’s a gift to be able to cross the country and spotlight these places and share their stories with the rest of Canada.”

We rounded off our interview with Slone by asking her about insurance. We wanted to know if she preferred purchasing her insurance online or through an insurance broker and if there was anything she’d liked changed about our industry.

“We’ve always done it over the phone because I think it’s important to be able to consult with a human voice,” she says. “And anything I’d like to see changed? I personally haven’t had to deal with too much myself, but I wish I could get more massages so how about that?”