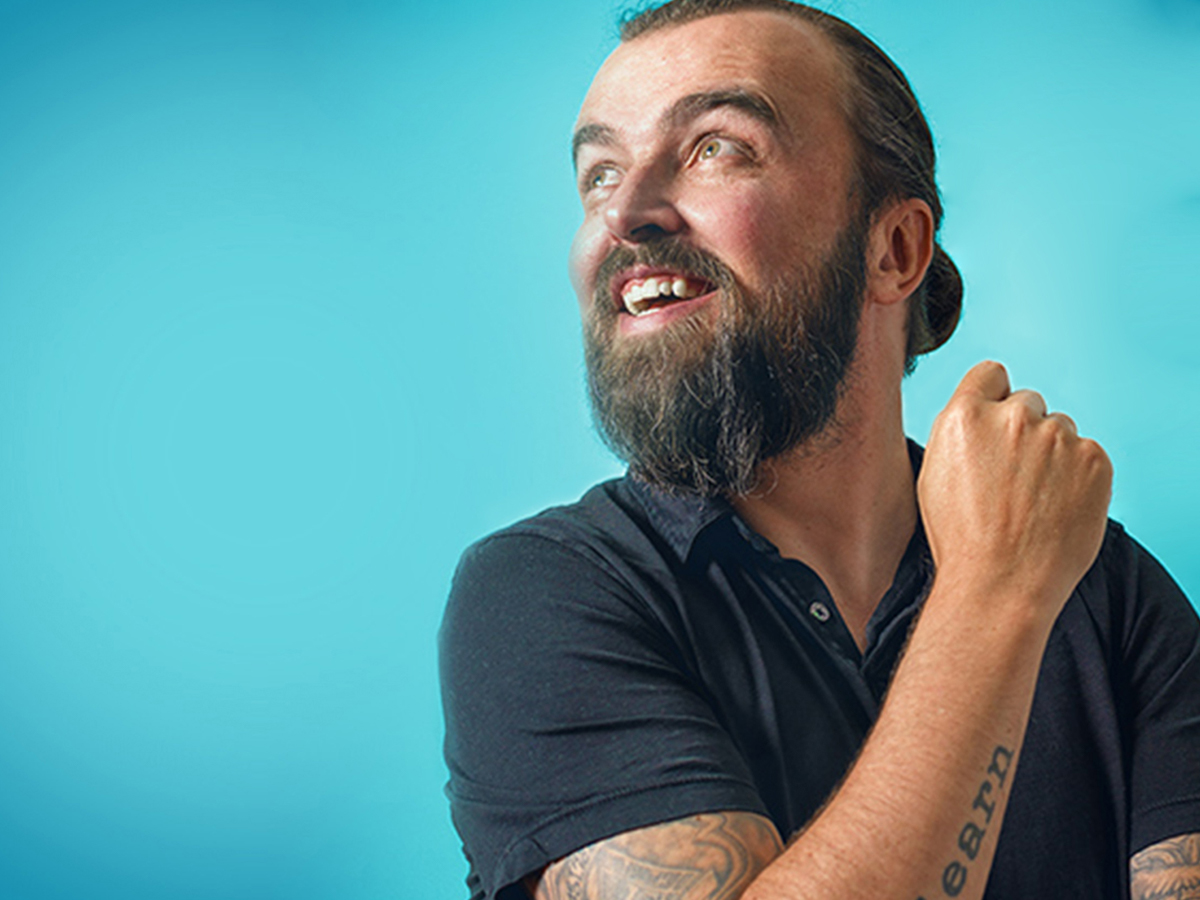 Named one of the “Top Five Social Media Influencers in the World” by Forbes, Scott Stratten is an expert in viral, social and authentic marketing.

He’s written five best-selling business books and co-hosts the podcast UnPodcast, which is billed as “the business show for the fed up” and focuses on what people need to do in the modern world of marketing.

GO MAGAZINE: You’re a best-selling author, host a popular podcast and are an in-demand public speaker. What led you down the path to becoming a marketing and social media expert and successful entrepreneur?

SCOTT STRATEN: I think a lot of things in business, especially as an entrepreneur, are a combination of luck, timing, skill and effort. I’ve always been an entrepreneur and wanted to be a speaker since I was 12 and learned it was a thing you could do. Everything came together in 2009 and 2010 when the explosion of social media started, specifically the rise of Twitter. I happened to pick the right public platform to focus on – which was Twitter – and the timing was right when people were hungry for the social media possibilities for business. The skill was connecting with people instead of selling, and the effort was tweeting 7,000 times in a month to start my traction in January 2009. All that led to a book deal for our first book UnMarketing: Stop Marketing. Start Engaging, and the book led to speaking gigs. I booked a 30-city speaking tour for it, solely using Twitter, and haven’t stopped speaking since.

You’ve said that marketers are ruining social media because they’re pushing out messages that are essentially ads – and that they’re missing out on understanding what people are thinking and what they want and need. Can you give us some examples of companies that use social media well?

Any company that uses it as a communication channel versus a messaging channel is doing it right. Think of it as a networking event with current and future clients. No one likes the person at an event that only talks about themselves. Don’t be that person.

If the fundamentals of great products and good people delivering awesome customer service have built a business, how can social media be used to enhance the way that businesses engage their customers?

It amazes me when companies say they’re customer-focused, but only communicate with customers in one or two channels. Service is multi-channeled now. Heck, I’ve emailed two service providers in different industries in the past week, and they both replied to call them to address the issue. Why even have an email address?

Many people rely on online reviews, but there are a growing number of cases of planted reviews to create overwhelming positive reviews or attack a competitors’ products. Disinformation is a growing problem, what can be done about it?

The review ecosystem, and really the Internet overall, is built on trust. When that is compromised, it becomes far less useful. I really encourage people to leave honest reviews for all businesses, so they can counteract fake ones.

On The UnPodcast you tell listeners what not to do first in order to lead them to solutions in business marketing. What are some classic blunders?

Individuals these days seem to be getting into trouble from old tweets resurfacing. We always say to never say, tweet or message something you wouldn’t want to see on a billboard on the side of the highway. I’m just grateful social media wasn’t around when I was a teenager!

How do you see social media evolving in the future? Are there emerging trends that we should pay attention to right now?
I don’t consider social media a thing on its own. It’s so woven into our culture now, it should be the same as the phone or texting. But the same rules will always apply: young people don’t want to hang out with their parents virtually, marketers will always ruin something when it becomes good organically, and people will still do dumb stuff.

A lot of insurance today is sold through insurance brokers. What advice would you give them to build a successful social media strategy?

If you believe business is built on relationships, make building them your business.