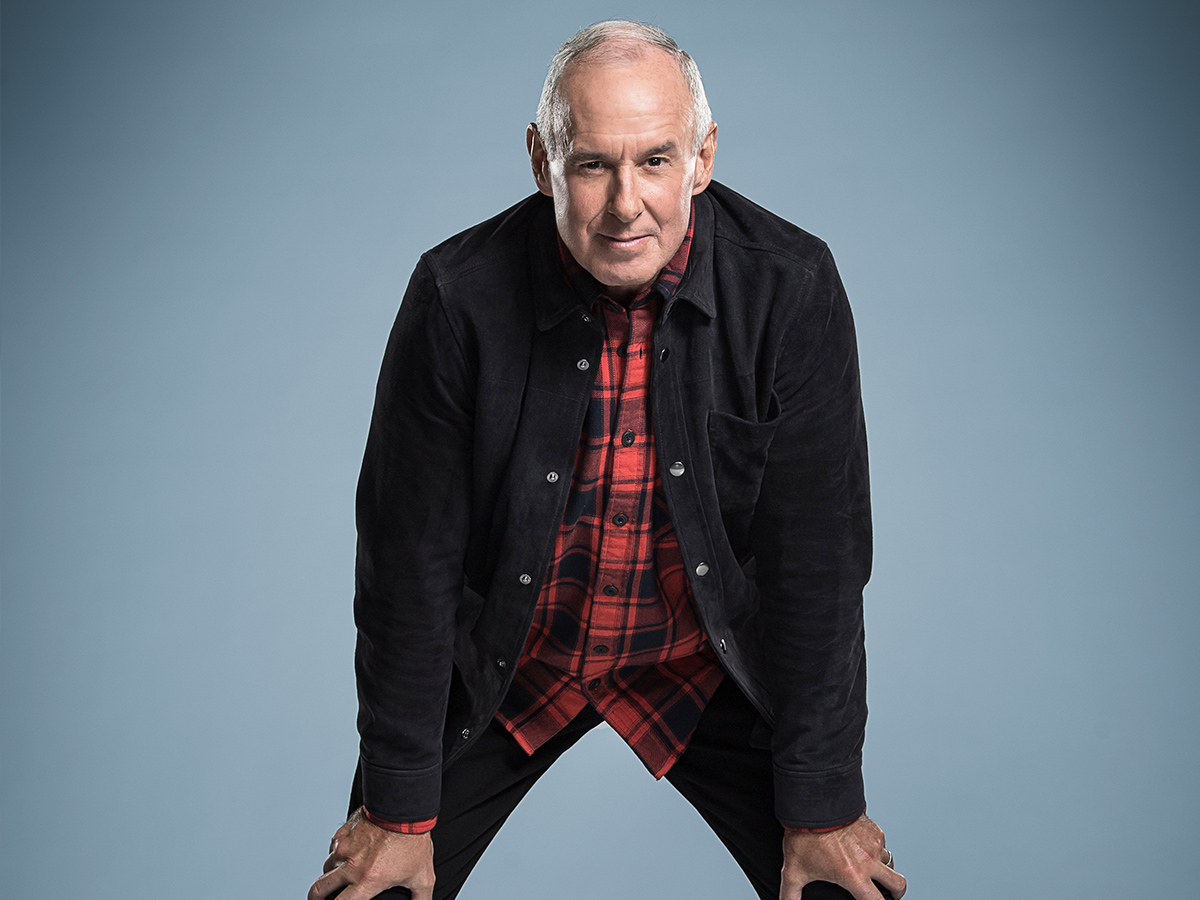 One of the country’s most-beloved and iconic sportscasters, Ron MacLean has been a winter staple in most Canadian households since becoming a member of the Hockey Night in Canada broadcast team in 1987. Along with his duties on HNIC, his hosting credits include every CBC Olympic broadcast since 1988, Rogers Hometown Hockey and he’s currently part of CBC’s newly-revived Battle of the Blades skating competition.

A member of Canada’s Walk of Fame and a multiple Gemini Award-winner, Maclean has come a long way from his early days in the late 1970s working at CKRD Radio in Red Deer, Alberta. But he still credits his boss at the station, Wayne Barry, with teaching him to elevate others – something that MacLean has since done throughout his career.

“Wayne just taught me to let your guest be the star,” MacLean says. “That was just simple, straightforward advice, and it had to do with a guy that phoned in to win tickets on the radio. I was the glib DJ, having fun with my listener and showing off a little bit. Wayne said, ‘It’s not that it was terrible, Ron, but you should have made that person shine. They were good enough to listen and call the station. If you make them shine, you by extension will.’ That’s probably the greatest wisdom that was ever given to me.”

Ensuring that others shine alongside you helps strengthen relationships, and MacLean feels that good partnerships lead to success, citing his more notable partners from over the years including Don Cherry on “Coach’s Corner”, Tara Slone on Rogers Hometown Hockey and Kurt Browning on Battle of the Blades.

For someone with such extensive experience in broadcasting, it may surprise people to know that for the first 10 – 15 years of his radio and television career, MacLean battled severe anxiety. He says that when he meets with young athletes and aspiring broadcasters, he shares his struggles to let them know they’re not alone, if they’re experiencing similar things. He also shares another tip from Wayne Barry that helped him to deal with his anxiety.

“I guide them with ideas about preparation and how important that is to your confidence,” he says. “Wayne told me told me to do 10 hours of prep for every one hour on the radio. I don’t think I ever met that, but I certainly realized that a lot of strength and belief comes from putting in the hours.

“I also think forgiveness of your mistakes is a huge thing. We tend to be wrapped up in perfection but mistakes happen. You’ll say the wrong thing or you’ll fumble over words. If you live and die with that, it’s going to be a long road. Your best work will come through mistakes.”

MacLean has had his share of mistakes. He recounts an instance from the 2016 Summer Olympics in Rio de Janeiro that provided a good chance for self assessment, reflection and growth.

“I was interviewing swimmer Penny Oleksiak and I kind of ran out of questions,” he shares. “So, I asked her about her brother, Jamie, who’s in the NHL. I resorted to something comfortable for me, but people said, ‘Can’t you just let Penny shine in her own light for the time being? Does it have to connect to her brother and hockey?’ And so, you sit back and you ask yourself, ‘Okay, what can I do differently or what should I be aware of at least?’ It certainly opened my eyes and ears.”

Opening himself up to different opportunities, MacLean is currently hosting the fifth season of CBC’s hit skating competition, Battle of the Blades. The show – which originally aired from 2009 – 2013 – pairs up hockey players and figure skaters to perform on-ice dance routines for an audience and judges.

Season five of Battle of the Blades premiered on September 19. Eight episodes of the show are scheduled to air with the winning team receiving $100,000 to donate to the charities of their choice.

“We’ve got a fantastic cast with the crème de la crème of the figure skating world paired with elite hockey players,” MacLean says. “When the show first started, it really was a different realm for me because it was reality television. I thought it would be a complete disaster, but I remember the buzz after the first show of season one. We were exiting Maple Leaf Gardens in Toronto and everyone was kind of slack jawed, amazed and buzzing. I hope we can achieve that again.”

Battle of the Blades sees athletes operating outside of their comfort zone, collaborating with new people and taking risks. MacLean applauds their efforts and feels it’s important for people to push themselves to try different things in their career.

“You can always do what you’re good at and make a go of it, but the great ones move out of their comfort zone,” he says. “In hockey, there’s a player for the Chicago Blackhawks named Jonathan Toews. When Jonathan entered the league, he would constantly drive the net against the fiercest, biggest defensemen in hockey. He took a chance every time doing something that wasn’t in his comfort zone. He could have played the finesse game, he could have stayed on the perimeter, but he wanted to show his nineteen teammates that this is what it takes. Shot blockers block shots, fighters fight, goal scorers shoot pucks, but it’s the one’s who do a mix of everything and step out of their comfort zone that ultimately are the greatest leaders. If you want to lead, you’re going to have to take those risks.”

As a lifelong hockey fan, we assumed that MacLean would have collected some very unique and interesting sports memorabilia over the years and asked if he had any special insurance for it. Turns out we were wrong. But like he said earlier, we all make mistakes.

“You know what, I only have one autograph from my entire time working in hockey and that’s a Bobby Orr autograph signed back in 1988 at Maple Leaf Gardens. He was doing an Easter Seals telethon and I got him to sign a Hockey Night in Canada show script. The awards I win, I usually give away. I’m not a keepsake guy. I try to rationalize that I’m keeping it my head, and that’s the best place, or in my heart.

“We certainly have our home insured, though, and I have some lovely artwork painted by Rod Charlesworth from Kelowna, British Columbia. Those are probably the nicest things I have in our home and they’re insured as part of our home insurance.”

Ron MacLean is currently hosting Battle of the Blades on CBC. Learn more about the show here. You can follow Ron MacLean on Twitter here.