Gerry Dee: There Are No Shortcuts 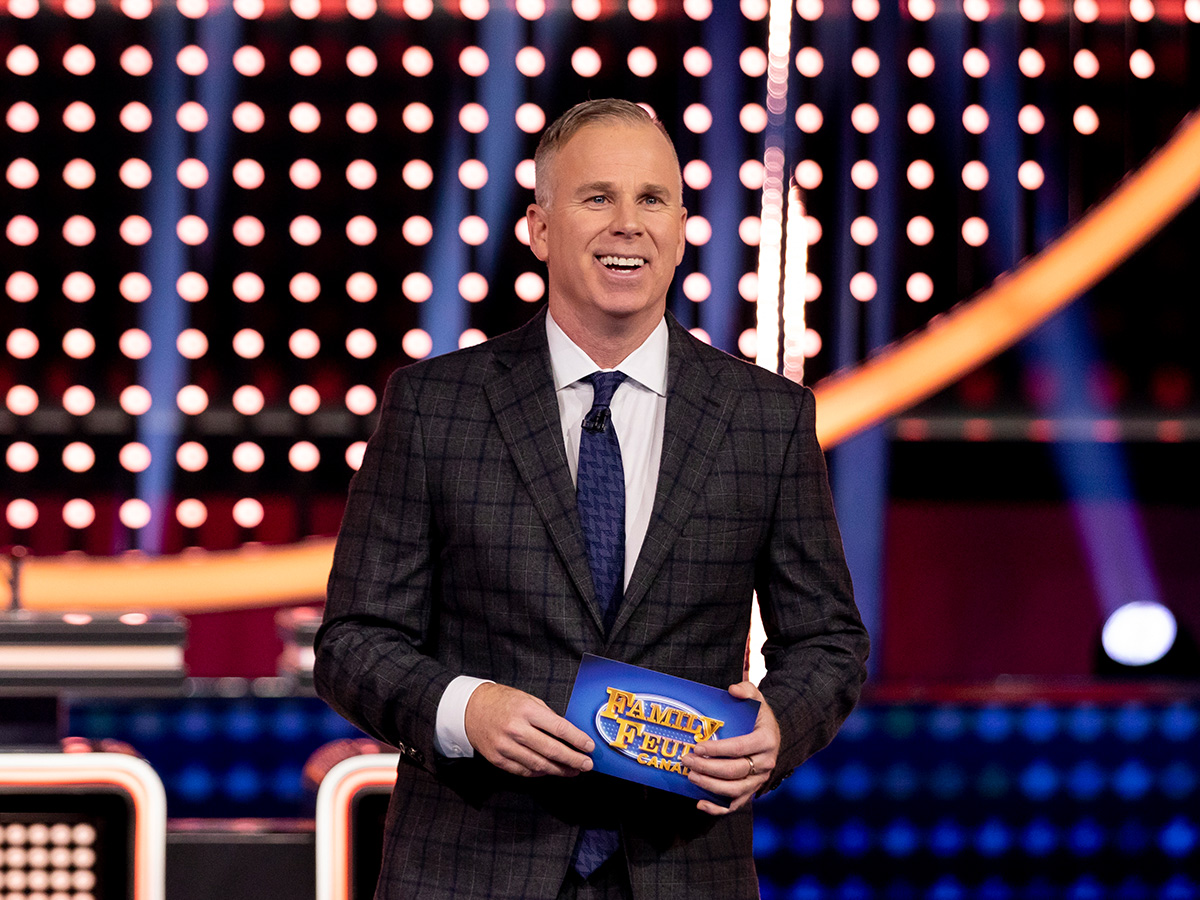 Gerry Dee is a popular comedian, best-selling author and the star and co-creator of the award-winning TV show Mr. D. He now has a new job title to add to his impressive resume – game show host.

Dee will be leading an all-new homegrown version of an iconic game show. Survey says … it’s Family Feud Canada, which is debuting on December 16 on CBC.

Family Feud first premiered in the United States more than 40 years ago and has aired all over the world. Being associated with such a beloved brand has some definite benefits when it comes to connecting with audiences who have countless television programming options to choose from.

“You don’t have to explain the show to anyone, you just have to put up a Family Feud Canada sign and people know what it is,” says Dee over the phone during a brief on-set break while filming Family Feud Canada. “It also helps me keep my brand out there because we’re all our own brands.”

Working with the Family Feud name does bring some challenges as well. The American version of the show has had a number of well-known hosts over the years including Richard Dawson, Ray Combs, Louie Anderson, Richard Karn, John O’Hurley and Steve Harvey. So, Dee has a lot of people he’s trying to differentiate himself from. He shares that he received some simple but effective advice from Harvey for his new role – just be yourself.

“I’m going to be compared to Steve Harvey and Ray Combs and Richard Dawson and everybody before me, all these iconic names,” he admits. “I’ve got a bit of pressure to do well because there’s going to be a lot of eyeballs on this and sometimes viewers will only give you one chance. So, the challenge is just bringing Garry Dee to the show in my own way and succeeding and making people laugh because really that’s my job – to move the game along and make everyone laugh.”

Doing stand-up comedy for 20 years has given Dee a lot of experience with being quick on his feet to react to different situations and comments. This is something that comes in handy when interacting with Family Feud Canada contestants.

That ability to think quickly and come up with funny, memorable comments on the spot is something that Dee says you learn by just doing it over and over again through years and years of practice. Dee first began doing stand-up while working full-time as a high school teacher. He realized early on that if you want to truly be successful, you need to be truly committed and willing to put the work in.

“Some people think they just dabble in this, but you can’t,” he explains. “Stand-up comedy is all in, and you’ve got to just go hard at it every night. It’s not something you can practice in your bedroom in front of a mirror. The only way to do it is to get up in front of real crowds, hard crowds, small crowds, big crowds. You really got to just put your time in. There are no shortcuts.”

Despite being a teacher for a decade, Dee eventually decided to leave the security of that job in order to invest the time and effort needed to try and take his stand-up career to the next level.

“I was pretty honest with myself,” he shares. “I was starting to get some good leverage with stand-up. I had a better understanding of it and how to do well at it. You’re always learning. In fact, I’m still learning. But I could feel that this was something I was figuring out more and more and it would have been silly not to give it my full effort.”

Throughout his career, Dee has watched peers in order to learn more about comedy, the business that surrounds it and also to see what kinds of things can be achieved. During our conversation, he references comedians such as Dane Cook, Dave Attell and fellow Canadian Russell Peters as a few of the many comedians who have driven him to do more over the years. If these people could accomplish certain things, if he put in the work and pushed himself, then why couldn’t he do the same?

“I think you never feel that you’re truly there,” he says. “Here I am on the set of Family Feud Canada, but you never feel like you’ve made it. I don’t know what it is about this business, but you always want something bigger. There’s always somebody better and bigger. There are always bigger roles and more work.

“I remember Russell Peters calling me maybe 15 years ago before I was about to do a gig in Peterborough. He was just blowing up and was telling me what he was making for a gig that night. And I was like, ‘Wow, that kind of money is out there?’ It was the first time I’d heard someone throw that dollar value around and I used that to help motivate myself.

Having an open mind and a willingness to explore different avenues has allowed Dee to transition from being a high school phys-ed teacher to a stand-up comic, actor, author, a game show host and more.
As he said earlier, we all represent our own individual brand and these different opportunities have  allowed him to continue to elevate himself and his profile.

“I’m lucky that I’ve been able to cross into all of those things and they create more chances to work. All businesses want to keep their brand. You never want the business to get stale. You never want anyone to forget about it and it’s really no different for me. I don’t want people to start not knowing who I am, so I want to make sure I’m keeping out there, doing my thing and growing my brand.”