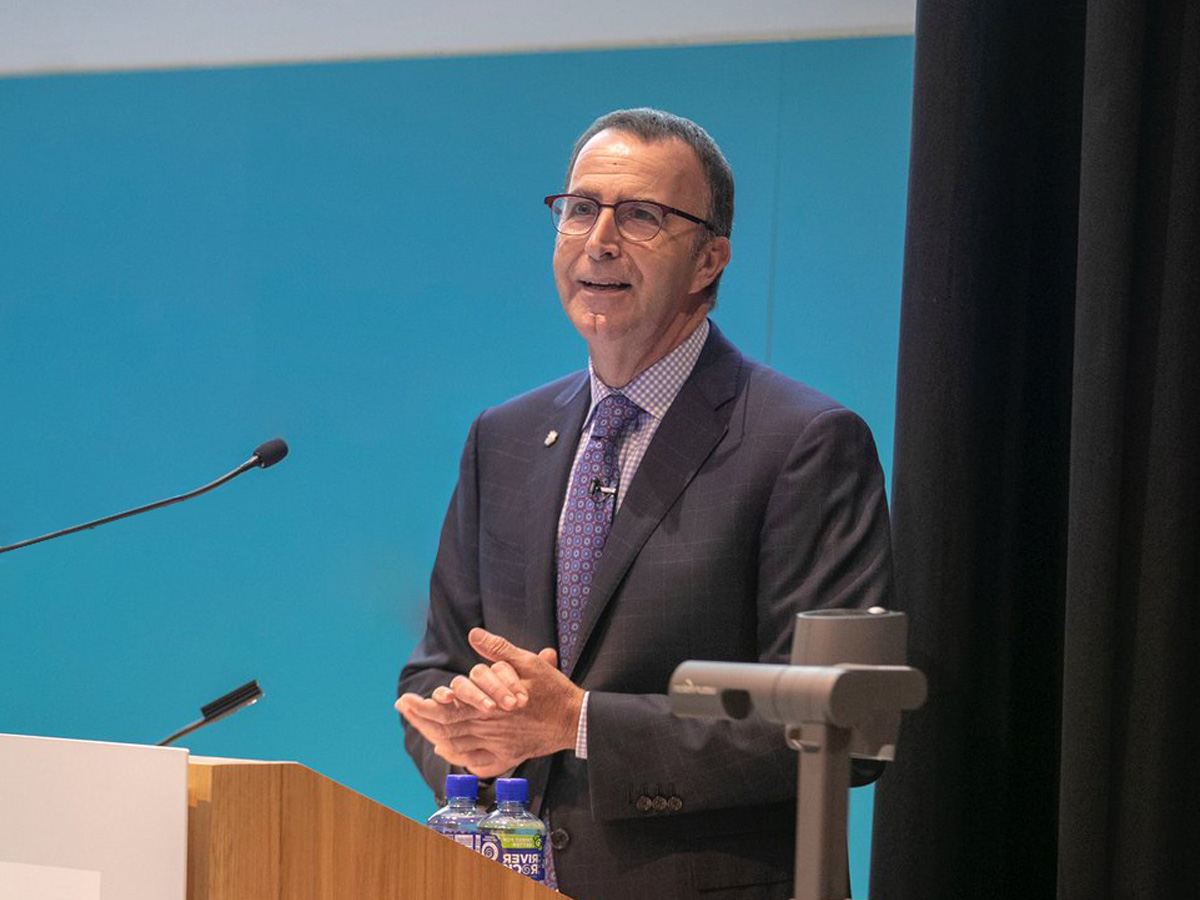 As the President and CEO of the Insurance Bureau of Canada (IBC), Don Forgeron works with governments and key stakeholders across the country to build a strong, stable property and casualty (P&C) insurance industry and a stronger and safer Canada.

We spoke with Forgeron about IBC’s accomplishments in 2018 and all the different work the organization is doing to help insurers, governments and customers prepare for the future.

What keeps you up at night when you think about what Canadian insurers faced in 2018?

What concerns me is the same issue that industry CEOs have on their minds – and that is our industry’s deteriorating bottom line. Industry-wide numbers in 2017 were sobering. We don’t have final figures for 2018 yet, but we do know that in the first nine months of 2018 the net income for the industry was down by $825 million, or 45%, compared to the previous year. We also know that both the ROI and ROE dropped. Even more serious is that the combined loss ratio increased from just over 99% in 2017 to an unsustainable 102% in 2018, year to date.

There are a couple of reasons for the numbers being so poor. In 2018, insured catastrophic losses took another big jump to almost $2 billion (projected). Not surprisingly, the industry experienced a sharply higher loss ratio for property lines. Wind, wildfires, flooding – insurance companies saw them all. This in spite of no large events as witnessed in previous years.

The other reason for the poor results is the slow erosion of auto insurance results due to systemic problems in just about every province. Last year, Alberta had perhaps the most dysfunctional auto insurance system in the country; some insurers were operating at loss ratios as high as 129%.

So that’s the bad news. The good news is that our industry is laser-focused on fixing these big-picture problems, and we are making progress in several provinces.

Last year was a busy year for our industry. What were some of your IBC highlights?

I’m happy that we have the attention of the federal government on the need to reduce the financial costs of overland flooding, especially considering the high natural catastrophic loss numbers last year.

In 2017, IBC offered to help support a national roundtable on flood hosted by Ralph Goodale, the federal minister of public safety and emergency preparedness. From there, we agreed to chair a national working group on the financial risk of flood. Then in January of this year, we presented the group’s findings at a federal/provincial/territorial (FPT) ministers’ meeting. Next steps will be to work with FPT officials to define high-risk properties and model the costs for different high-risk insurance pool models. We’re moving the needle on a national plan to reduce the costs of overland flooding, and that’s of vital importance not just to the industry but all Canadians.

In Ontario, IBC was well positioned to work constructively with the new government on meaningful auto insurance reforms. Ahead of the election, IBC provided key PC Party advisors and relevant government officials with the insurance industry’s vision for a reformed auto insurance system.

In the fall economic statement, the government committed to review, with the Financial Services Regulatory Authority (FSRA), how auto insurance rates are regulated. The review will examine how rate regulation works in other jurisdictions. It will also look for ways to realize greater efficiencies and enable more competition in the market.

The government also committed to creating a regulatory framework that allows for innovations, including new products such as usage-based insurance, electronic communication and electronic proof of insurance for consumers, and full electronic commerce that would put insurers on a level playing field with other financial institutions, such as banks and credit unions.

In Alberta, following significant industry advocacy, the Alberta Automobile Insurance Rate Board (AIRB) issued a bulletin that allows insurers to use the simplified filing criteria for any personal passenger filings under the 5% rate cap between December 1, 2018 and August 31, 2019.

We argued that the government had over-estimated the impact of vehicle collisions on the health care system and were pleased to see that their data has begun to prove this point. In turn, the health levy aggregate assessment is now $18 million less for 2019. Alberta’s Health Minister set the 2019 aggregate assessment for the health care costs of motor vehicle collisions for third-party liability in Alberta at $141.2 million, down from $159.6 million in 2018, a savings of roughly $7 per vehicle across the province.

While IBC indicated that we were pleased with the decrease, we made a point of highlighting the need for greater transparency on the calculation of the assessment and that there are larger issues impacting the auto insurance system that require immediate attention to ensure the product remains affordable and available for Alberta’s drivers.

IBC is now working with the Government of Alberta on the implementation factors and will communicate next steps to our members as soon as they are available.

In BC, where the Insurance Corporation of British Columbia is in crisis, there’s finally an appetite for discussing opening the system to more choice and healthy competition.

Also last year, IBC succeeded in making our members’ case for deferring the effective date of International Financial Reporting Standards (IFRS) 17 by one year. What our members told us was that they needed more time to prepare their IT systems and service providers for the coming changes. To delay implementation, IBC advocated to the International Accounting Standards Board (IASB), the Canadian Accounting Standards Board and the Office of the Superintendent of Financial Institutions. In the end, the IASB agreed to push the date back to January 1, 2022.

We have a rigorous planning process at IBC which culminates in our Board of Directors approving key strategic priorities. This year there are five goals.

A few years ago, IBC consulted our members about reorganizing our committee structure to streamline how members connect with their association and direct IBC’s efforts on their behalf. The result, I believe, is a much stronger member-led organization and our member survey confirms this.

The world of insurance is changing. What new opportunities do you see for the industry in 2019 and beyond?

Industry CEOs know better than I do what new opportunities will be most important in the next few years. What I’m focused on is ensuring that IBC’s members can seize those opportunities to build their businesses. For instance, take usage-based insurance, or UBI. Insurers in Canada want to sell it. And from a poll that IBC commissioned, we know that consumers want to buy it. But current provincial regulations limit how it can be sold. So, where I see opportunity is in pushing to change those outdated rules.

I tell governments that consumers want our industry to protect them from risk not from change. Consumers are embracing all kinds of technological and social change when it gives them more choice and customization. It’s the industry’s job to keep up with consumers and even get ahead of them so the industry can be ready with the products that consumers need when they need them. We can’t go wrong when we focus on delivering value to insurance customers.

For instance, IBC’s policy advisors are doing research and consultations on what auto insurance will look like when self-driving cars hit our roads in the next few years. We want to help the industry and governments prepare.

In 2018, you were a panelist at Gore Mutual’s Fast Forward. What are your thoughts on the event?

What I enjoyed about Fast Forward was the eclectic mix of speakers who gave everyone an opportunity to think and – dare I say – dream outside the insurance box. I was on the innovation and disruption panel, and we had great conversations about so many new ideas. The insurance business is complicated, rule-based and conservative by nature. Fast Forward gave IBC a chance to look longer term and consider the possibilities.

You can follow Don Forgeron on Twitter here and learn more about the Insurance Bureau of Canada here. 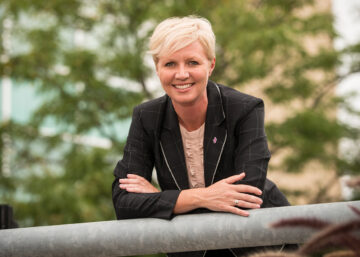 Although Traci Boland first began working at an insurance brokerage as a teen, it took... 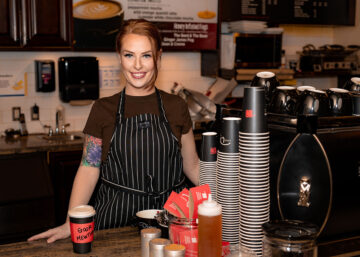 Tattooed and pierced, Chelsea Fitzpatrick is quick to admit that she’s definitely not the stereotypical... 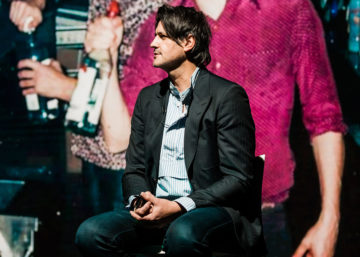 Last fall, we took our 2019 Fast Forward Idea Accelerator across the country for sold-out...