Collective Soul: Finding the Right People to Work With 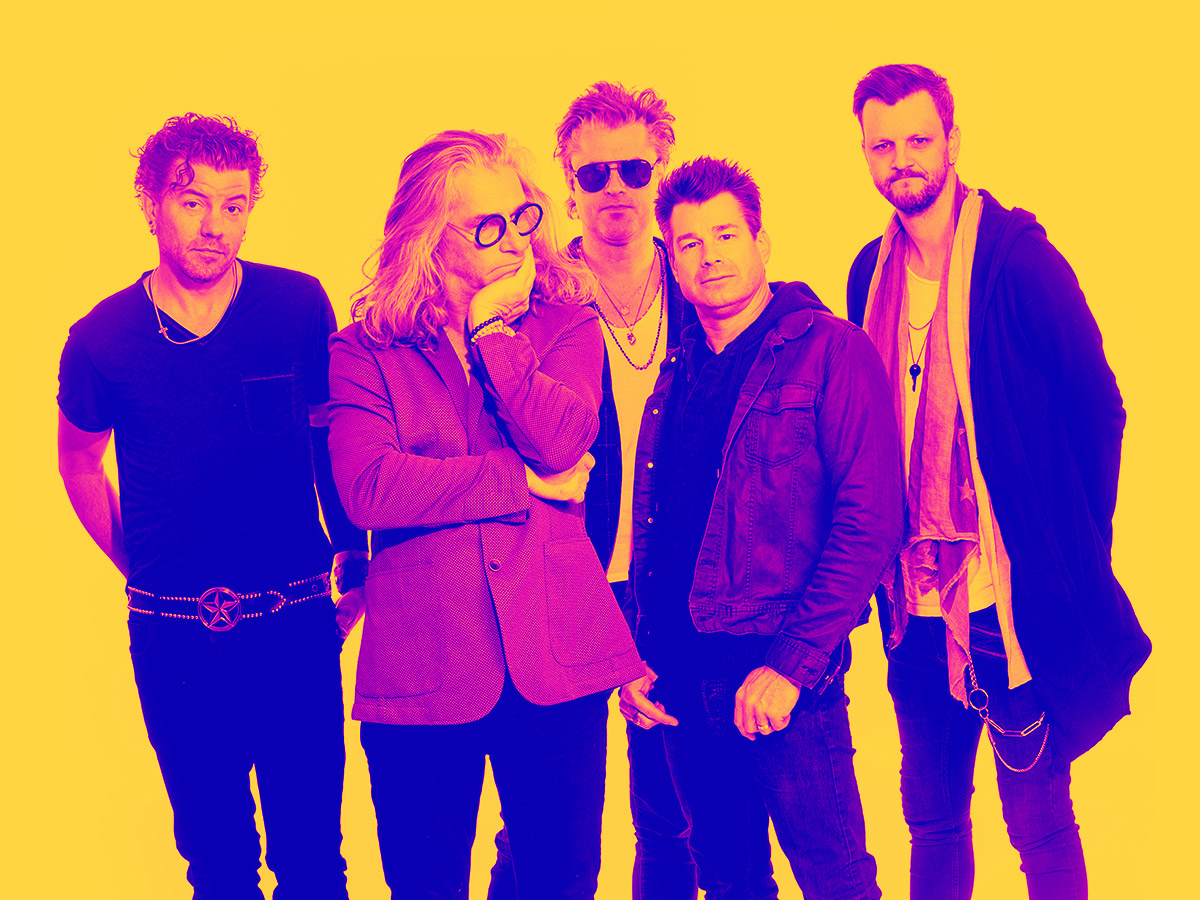 This year sees multi-platinum selling rock band Collective Soul celebrating their 25th anniversary. Over the course of their career, the American act – who are best-known for popular ‘90s radio staples like “Shine,” “The World I Know” and “Gel” – have sold more than 10 million albums and racked up over 276 million on-demand streams.

When asked about the group’s longevity, bassist Will Turpin credits the relationship between all five members of the band and their drive to continually grow as musicians.

“I think our chemistry, songwriting and the strength of our resolve are the keys to our success and longevity,” Turpin says over the phone from a tour stop in the United States. “I always tell young musicians how important it is to study the craft of songwriting. That’s always going to be your strength in this industry so it’s important to stay true to what you feel and not to chase the charts or what’s cool. And you’ve got to find the right people to work together with. Chemistry is more important than any technical thing.”

Over the past two-and-a-half decades the music industry has encountered a massive amount of change. When music became one of the first industries to be digitally disrupted, Turpin says Collective Soul chose to view these new challenges as opportunities rather than problems.

“Now we’re getting streaming royalties, and to be honest with you, they’re okay. It’s not going to be equal to a record sale. But if people are digging your music – they aren’t just going to listen to it one time. They’re going to stream it over and over. So with this technology, we knew nobody was going to be able to stop it. It was going to happen. And we thought it would be a good way for musicians to get their stuff out there.”

Being open to different business models along with a willingness to take chances have served Collective Soul well throughout the 2000s. Witnessing firsthand the changes impacting the music industry and how slow major labels were to react, Collective Soul parted ways with Atlantic Records and formed their own independent imprint.

It was a risky move, but it gave the band much more control over its career and a better understanding of what was needed to keep going forward.

“We’ve been through some crazy change during the past 25 years,” says Turpin. “It’s strange, but 25 years ago when we started the industry was doing things the exact same way they did it in the 1970s. Although we weren’t 100% confident, we decided to start our own label. We took a leap of faith and sold a half a million records on our own.

“We hired professionals that we knew and had confidence in to help us. We learned a lot more about the big working parts of how labels operate. We also realized that if you find the right people, you don’t always have to go through the gatekeepers.”

Collective Soul released its tenth studio album, Blood, this past summer to strong reviews. When asked what’s the best way for Collective Soul to reach new audiences in 2019, Turpin explains it’s all about giving fans choice.

“We’ve got friends like Howard Stern that love us, and that’s a big deal because we get to play on his show,” he shares. “Things like that are good ways to connect with listeners. The streaming services are huge, and we love working with Apple Music. We do a lot with Spotify. The streaming playlists are a big deal now and so are the satellite channels. We still service the old school radio stations with our new music as well. It’s just becoming not as important as the playlists and the streaming services. We still make physical copies of our albums too. The fans appreciate records now more than they actually do the CDs.

“It’s been interesting to see how things have evolved, but in the end it’s still great songs and great live performances that are fueling this Collective Soul machine.”

Collective Soul have been touring North America throughout the year in support of Blood. Live concerts are another opportunity for the band to give fans a great experience by putting them first.

“Now we get multi-generational families coming to concerts, which is awesome,” says Turpin. “We have a real strong relationship with our fans and we don’t take it lightly that we’ve been allowed in their homes and have become the soundtrack of their lives. We try to play all the songs they want to hear. We’re definitely not a band that’s too cool for school to play a hit. Every night we’ll do something slightly different within the songs just to kind of keep us going as musicians. But there’s no part of me that’s like ‘Ugh, I don’t want to play this song anymore.’ That’s just looking at it the wrong way.”

We couldn’t pass on the chance to ask Turpin an insurance question. For a band that spends so much time on the road performing in different venues and cities, how does Collective Soul protect all of their equipment?

“I’ve got over 30 guitars and basses that are insured a couple different ways,” Turpin explains. “Sometimes the instruments will be on a tour bus, sometimes they’re locked in the studio, so we’re always keeping track of serial numbers. [Guitarist] Jesse [Triplett] recently bought a 12-string guitar. I’m not sure if that has been added to our tour insurance yet. But that’s pretty important to do. Especially with somebody’s collection like [vocalist/guitarist] E [Roland]. He’s got over 200 guitars. So, making sure we’re covered in case something happens is really important.”

With 25 years under their belts, what excites Collective Soul for the future?

“There’s always interesting business models that we learn about through talking to different people. There’s some cool stuff we’re discussing right now, but I can’t really divulge it. But we’ve always got new business projects on the rise. The bottom line for Collective Soul is when we get together to create music, it’s still that same magic and feeling that we had when we were kids. Music is powerful. It can change the world because it can change the way you think. That’s always excited me and still does.”

Collective Soul’s official website is here. The band will be performing in Niagara Falls, Ontario on November 7 and 8 at the Niagara Fallsview Casino Resort. You can find more information about those concerts here.