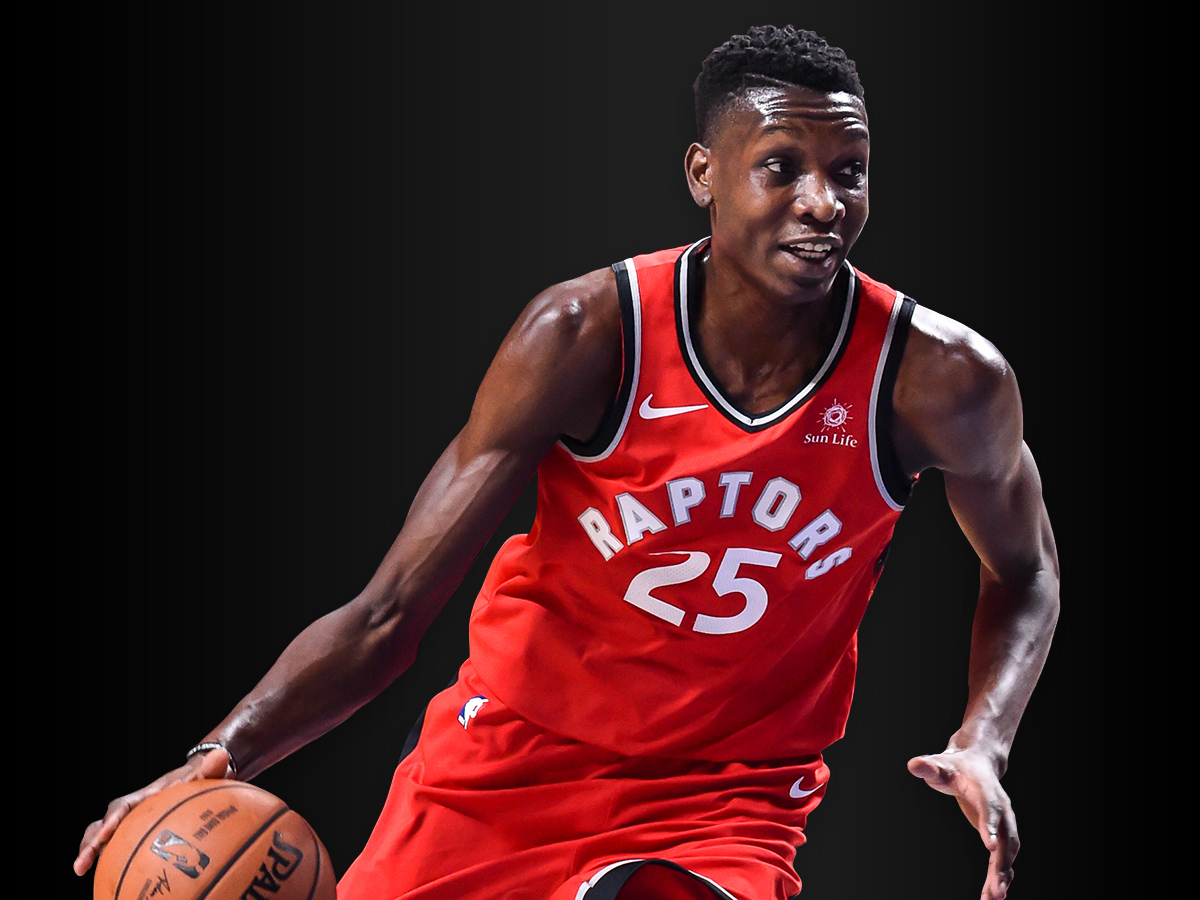 Earlier this summer, the Toronto Raptors were the talk of the nation as the team completed its historic run to win its first-ever NBA championship. The season was filled with incredible stories, one of which belonged to the lone Canadian player on the roster – Montreal’s Chris Boucher.

The first Canadian to win an NBA title while playing for a Canadian team, Boucher dropped out of high school at 16 and floated from home to home while working as a cook and dishwasher. During times when he didn’t have a place to stay, he would ride an overnight bus to sleep. His life finally changed for the better when he started playing organized basketball for the first time at the age of 19. As more people saw his potential on the court, opportunities began to present themselves and a few years later Boucher had earned a basketball scholarship to the University of Oregon. As a fast emerging talent he even appeared on the cover of Sports Illustrated in 2016. But during his senior year at Oregon, he tore his ACL in his left knee and as a result wasn’t selected in the NBA draft.

But adversity is something that’s never deterred Boucher. He kept working and eventually signed a two-way contract which allowed him to play for both the Toronto Raptors and their Raptors 905 minor league team in the NBA G League. Last season saw Boucher going back and forth between both teams before officially signing full-time with the Raptors in February. Despite not finishing the Raptors 905 season, Boucher was named the G League’s Most Valuable Player and Defensive Player of the Year in early April. Those awards were nice additions to the NBA championship ring he won with the Raptors in June.

Boucher spoke with us for Go Magazine about overcoming challenges, staying positive and the importance of always being ready to perform.

From having never played on a proper basketball team at the age of 19 to winning a championship with the Raptors at 26 years old is amazing to say the least. What are some of the most important life lessons you’ve learned from basketball over the past seven years?

I think just never giving up is the biggest lesson. That’s been an overarching theme in my life but applying it specifically to basketball has gotten me to where I am today.

You dropped out of high school and have said at 19 that you lacked direction. What was it about organized sports that helped you turn things around?

Playing for a team, for a fan base and a city gave me a greater sense of purpose and direction. I want to show up for those people who come in every day and train with me as much as I want to for the people who buy tickets to every game. Sports is something bigger than yourself.

You dealt with a major injury in 2017 that slowed your progress and put your basketball career in jeopardy. How did you stay positive and motivated when working to overcome that setback?

Just acknowledging what you can and cannot control has to be the biggest way I stay upbeat. I did what I could during my recovery to be at my highest potential for what my body could do at that given time. Slowly but surely you see progress and it gets easier to see the light at the end of the tunnel.

This past season, the Raptors dealt with new players being introduced, injuries and major trades. How did you band together as a team and stay focused on the goal of winning Toronto’s first ever NBA championship?

We wanted that championship so badly that nothing was going to stop us. We always had the mentality of working through challenges that arose which is why I think we were able to come out the way we did.

What are your some of your best memories from this past season both with the 905 and the Raptors? How has being a part of both teams helped you grow as an athlete and a person?

Winning the championship is something I’ll never forget. Being with and learning from the guys on both teams is an everyday highlight. I accredit so much of my growth to what the veterans on the Raptors have taught me, but I also hope I’ve been a resource and inspiration for the younger players on the 905. There are so many people in the organization who are great on the court as well as off of it, so I think I owe a lot of my professional and personal growth to them.

Going back and forth between the Raptors and the 905 was a lot of work and must have been exhausting at times. How did you deal with the physical and mental grind?

Most people know going in that as a pro athlete there’s going to be lots of late nights, flights and hotel rooms. Since I got into basketball later than most it took some adjustment. Staying humble and reminding myself how lucky I am to play in this league helps mentally, but physically I just do my best to stay in shape, eat well, sleep and hydrate.

As a bench player in the NBA, you may not play every game but can be called on at any time. In your career, why is it important to always stay ready?

Staying ready is key in this game. I always want to perform the best I possibly can so that may mean putting in the extra time to get more reps in or going to practices that aren’t mandatory. It’s important to train like you’re going to play every minute of every game.

How important are mentorship opportunities to you? Are there any specific players on the Raptors that you have learned from over the past several months?

Those relationships mean so much to the growth of my game. Every athlete has different tips, tricks and mentalities that change your perspective. Danny Green is a fellow Roc Nation athlete [sports agency started by rapper Jay-Z], so I’ve learned a lot from him throughout my time with the Raptors. Other than skills, he’s taught me how to really grow within the league, he’s been doing this a long time, so I trust his judgement and opinion.

How has your confidence helped you succeed on the court? Over the years, you’ve surprised many people with your abilities. Have you ever surprised yourself?

My confidence challenges me to do better. Every time I’m on the court I want to outdo myself, so I think surprising myself is the goal. I work hard to leave it all out on the hardwood.

You’ve been praised many times for your work ethic. What makes you want to keep pushing so hard?

I come from a humble background. I worked at a fast food restaurant in high school before I got into basketball and knowing how a lot of people live and have to grind things out – including in my own family – is something I’ve brought into my game. I want to succeed and do well and I know that without hustle I won’t reach greatness.

What are your goals for the upcoming basketball season?

Work hard, perform and really solidify my role with the team. I want to be an everyday asset and integral part of the roster that my teammates can count on while we keep fighting for another championship.