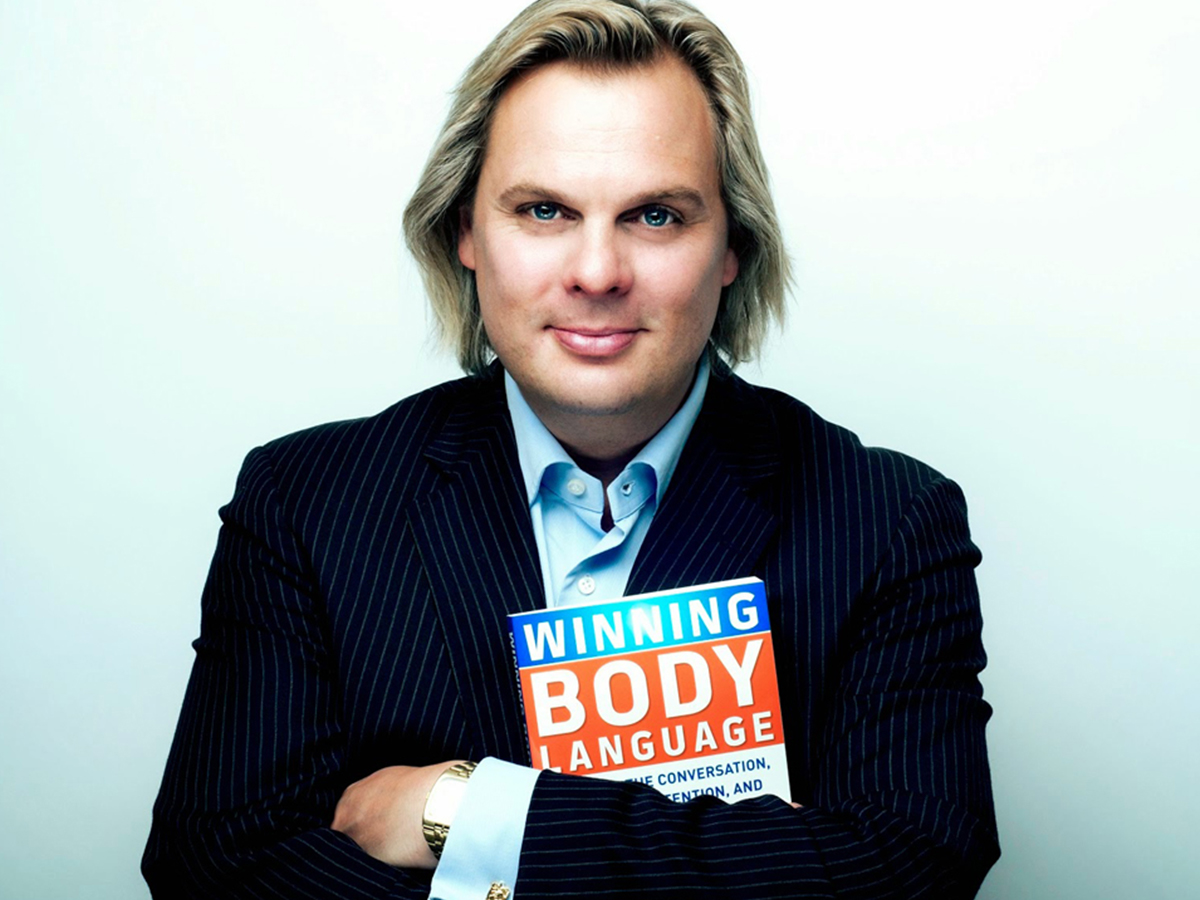 Voted the #1 Body Language Professional in the world by Global Gurus in 2014 and 2015, Mark Bowden is a world-renowned expert in body language, human behaviour and communication. He’s coached prime ministers of G7 countries and business leaders from Fortune 500 companies. He’s also presented to innovative organizations such as Google, Shopify, Samsung, Microsoft and countless others.

Bowden has invaluable verbal and nonverbal communication advice and insights to share with Go Magazine readers. Check it out below.

GO MAGAZINE: What are some of the most common ways that the human brain influences someone to make snap judgments about others in business or social situations?

MARK BOWDEN: I think one of the most common ways is that our brains have this system called the heuristic, which is like a very simple algorithm that says when there’s insufficient data default to a negative. So this means we’re influenced a lot by other people’s behaviour simply because we don’t know what’s going on or we haven’t got enough data to make a strong prediction. And when we don’t have enough data to make a strong prediction, we automatically default to negatives. It’s kind of interesting when we come to ideas around selling products. If you don’t have enough data from a product, you tend to be really pessimistic about it.

Sales and business interactions hinge on trust. What are some of the ways people subconsciously sabotage their trust and credibility with others?

If I’m going to sell to you over the phone, you can’t see me so in order to trust me you’re most dependent on hearing my tonality of voice to understand if I’m optimistic about this deal and if I’m going to be a good person to work with. You’re predicting that based only on the tone of my voice. And then you’re using the words I say to reverse engineer how you feel about me.

Real self-sabotage happens when people start sending emails and there’s almost zero nonverbal data. So often we don’t know how to take a message. It was very clear what the person’s saying, but we don’t know the intention and the feeling with which they said it and then we catastrophize it and default to a negative. In business, sales and leadership in general, we’ve seen time and time again these flame wars on email blow up and really all somebody needed to do was walk down the corridor, poke their head round the door and go “Hi, I think we’re all taking this the wrong way.”

We’ve got better about this over the last few years with people adding more smiley faces to emails, and trying to be more emotional within their emails to let people know what they’re thinking and feeling rather than it just being data.

You’ve been quoted as saying that body language is a valuable tool in an overall strategy to improve performance. Can you elaborate on this?

I think it’s an important tool to improve all kinds of performance. Many of the judgments we make around our interpersonal relationships are based on people’s behavior rather than what they say. If we have to work on a team and our team’s performance is important, essentially we need to understand each other better. The majority of the data we need in order to understand and predict somebody’s feelings and intentions are nonverbal, for example what we often call body language – the way we behave and our tone of voice. If we get better at producing our nonverbal communication, we perform better and our teams perform better. We’re just better socially essentially. A lot of the failures that happen in business are when teams break down, teams don’t communicate well and non-verbal communication is so important for that.

You have trained world leaders on behavior and body language, do you have a set of key rules that you always impart to them?

If you’re in a leadership role, you’re in behavioural change – you’re trying to help people change their behaviours from ones that may not be working so well to ones that would be better for everybody. To even start that conversation, you need to be seen as trustworthy and credible. Whenever I’m working with a world leader that’s where we start and there’s where we end. You’ll see many world leaders whereby you instantly go “Well no, not trustworthy not credible.” And there may be a couple of reasons for that. It could be that you’re not interested in them or that they’re not performing in a great way.

No matter who it is, whether it’s a world leader or somebody managing an organization, they need to be seen as trustworthy and credible and they need to be able to produce this under stress and pressure. 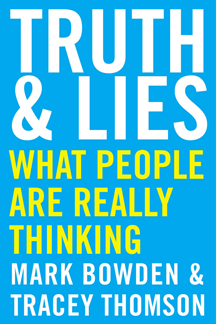 You released a new book in February called Truth and Lies: What People Are Really Thinking. Can you tell us about it?

This book helps people understand the critical thinking process that I and many of my colleagues use when we’re reading people’s body language. These can be in very serious situations – like criminal investigations – and also at work, within relationships with family and friends or when you’re being social and want to know what people are really thinking and feeling, regardless of what they’re saying. So it takes you through the process and can really help everybody with that.

Like so many people my age, I have a whole bunch of different insurances for vehicles, buildings and so forth. There is some insurance that I’ve bought online which was very specific, and the reason that it was a good online purchase is because it was very simple and clear. But there are other types of insurance where there are a whole bunch of factors that make it more complicated. So really at that point, I need a broker. A broker can explain the rationale behind why you need something. You need somebody there who’s really trusted and almost fits into that family friend category. That advisor who’s going to say, “Look Mark, trust me on this. This is something you need to do.” And they’ll talk about issues around responsibility and other things, and you know that’s something that is very difficult to market online.

Mark Bowden’s Truth and Lies: What People Are Really Thinking book came out in February. For more information, check out his official website here.