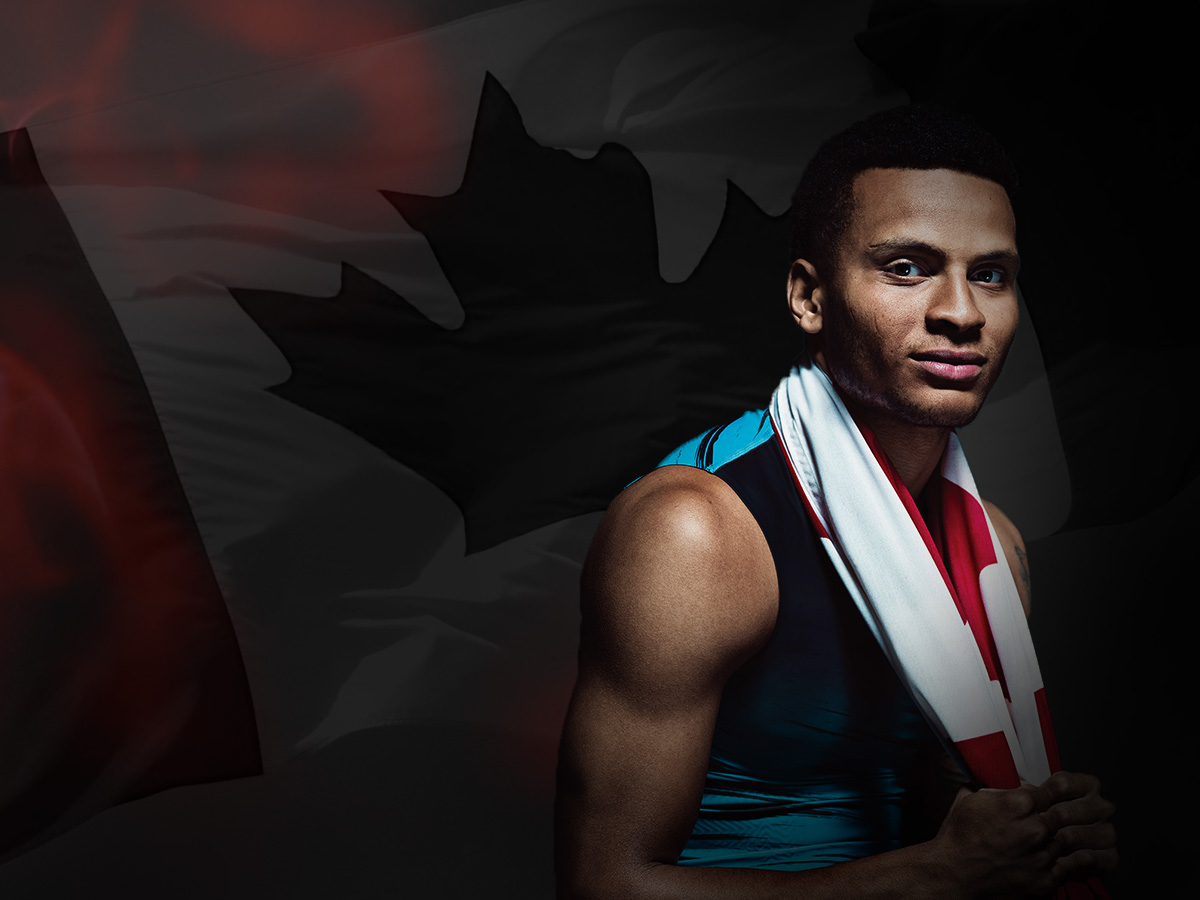 Running alongside the world’s top track stars in Rio de Janeiro in the summer of 2016, Andre De Grasse blasted to the finish line becoming the first Canadian sprinter to win three medals in a single Olympics.

His Olympic success came a mere seven months after De Grasse – who was only 21 at the time – decided to become a professional athlete. And while there’s no debating that he’s fast, he still had to take time to learn how to balance his new responsibilities off the track. Wanting to ensure he had a solid understanding of the business side of his sport, De Grasse says he knew it was vital for him to gain more knowledge about “taxes, insurance, real estate and other investments.”

At the mention of insurance, we couldn’t help but ask if there were any changes he’d like to see in the industry to which he quickly replied, “Lower premiums and less paperwork!”

To help support his career, De Grasse surrounds himself with a strong team and also looks for opportunities to gain insight from peers so that he can continue to grow. From observing Usain Bolt, the fastest person on the planet, De Grasse discovered the importance of marketing and creating a memorable, exciting experience that makes people not only want to watch but also support everything you do.

“One thing I’ve learned from Usain is how to put on a good show for the fans and be appreciative of people rooting you on.”

During the 100-meter dash at the 2016 Olympics, De Grasse finished one-tenth of a second behind Bolt. A year later, the two were set for one final rematch at the 2017 World Track and Field Championships before Bolt’s retirement. De Grasse was ready and favoured to win, but just days before the meet he was forced to pull out of the race due to a hamstring injury. Setbacks happen to us all – regardless of what industry we’re in. When they occur, De Grasse feels it’s best to look at the big picture.

“Things like this happen all the time in sport,” he says. “It’s disappointing, but I just stay focused and motivated by looking at the end goals I have which are to try my best to win World Championship and Olympic titles. Challenges force you to reflect on where you’ve come from and the experiences you’ve been through. After reflecting, you can determine what changes you want to make in the future to reach your goals.”

De Grasse has shown that he’s not afraid to make changes and disrupt the processes he’s familiar with in order to keep improving. Late last year, after having another track season hindered by injuries, he switched coaches parting ways with his previous trainer of three years and hiring the highly regarded Rana Reider.

“I believe the change in environment and coaches along with my own renewed focus on being the best I can be will result in running faster and staying healthy,” De Grasse explains. “Success on the track came quickly to me and this little bit of adversity and change is what I need to get to the next level.”

Despite being only 24 years old, De Grasse is already doing a fantastic job at solidifying his legacy both on and off the track. Appreciative of the support he received growing up and wanting to give back, in 2018 he launched the Andre De Grasse Family Foundation. Committed to empowering youth through access to sport, education and healthcare, his foundation recently awarded scholarships to some talented, up-and-coming Canadian athletes.

He’s also learned that his celebrity can be used to teach others how to leverage different opportunities to help them reach their full potential.

“As I’ve gained more fame, I realize how much of an impact I can have on youth and how I can be an inspirational figure. I’ve seen for myself how success breeds success, particularly for youth when success comes from their community.”

Having been regularly competing on some of the world’s biggest stages since he was a teen, what tips does De Grasse have for others trying to excel whether it be at a job, school or sports?

“I think people need to remind themselves about the hard work they’ve done prior to an athletic competition or a presentation in a boardroom,” he says. “Thinking about all the preparation I’ve done before a big event gives me a lot of confidence to go out and deliver my best work.”

With more races to win, records to break and people to empower, how does he keep himself focused on going forward?

“I believe I’m just a competitive person, whether it’s on the track competing against other athletes or getting the most out of myself. I just want to be able give it my all and push my limits everyday. My hunger and motivation come from within.”

You can learn more about Andre De Grasse at his official website here.